Conversations about sustainability are usually centred around eating less animal products, using more public transport and minimising fast fashion consumption. Whilst these are valid discussions, the impact of the climate crisis infiltrates all aspects of society. Climate change is responsible for social damage as well as ecological, and interestingly enough, the repression of women can be linked to environmental decline. *enter eco feminism* 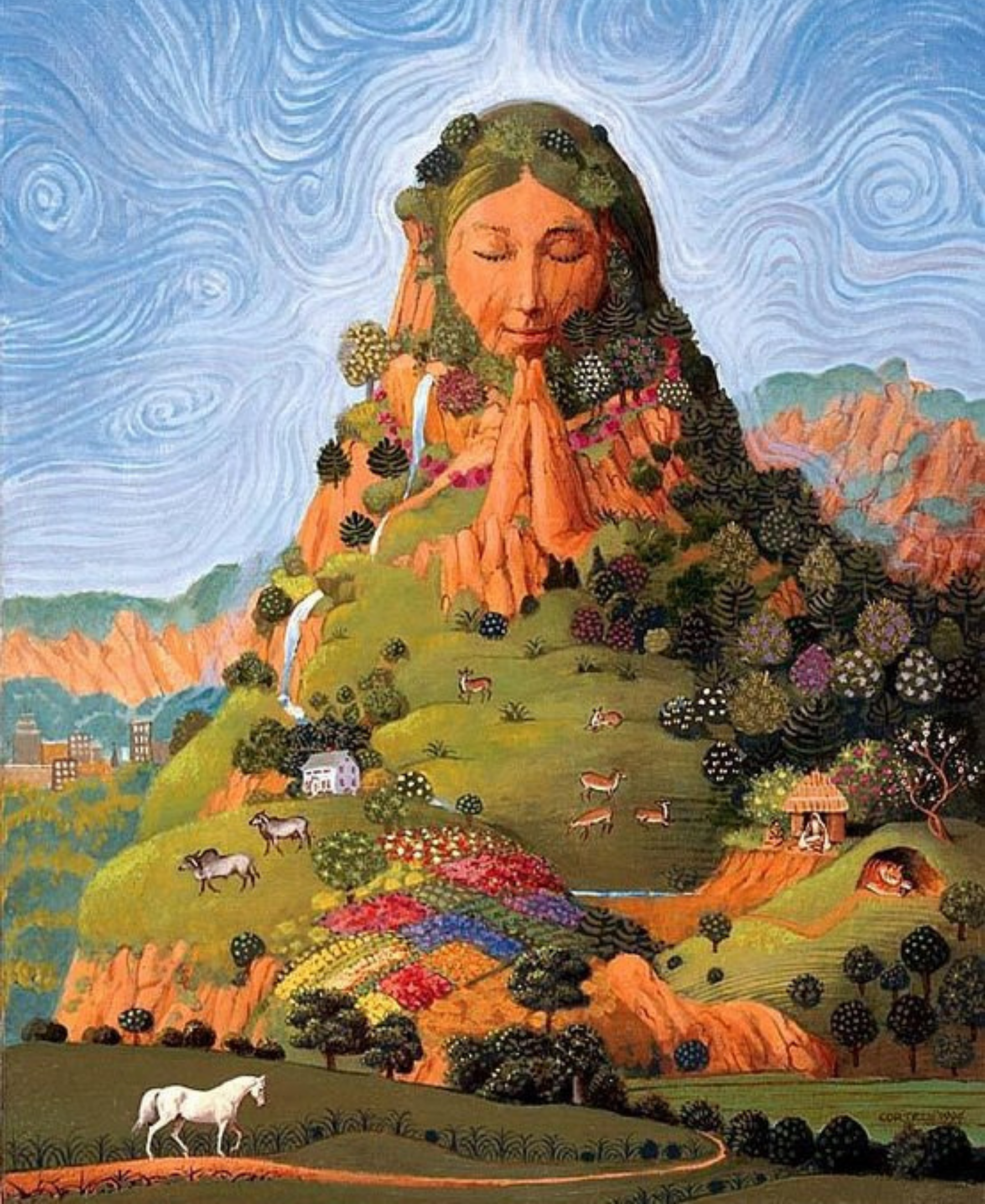 Eco feminism is a political theory uniting environmental and feminist concerns, viewing both as a result of male domination in society. Capitalism and patriarchy- male driven systems- are prevalent factors behind climate change, hence the need for ecofeminism. We cannot strive for a sustainable lifestyle if we do not dismantle oppressive systems that control women and worsen the climate.

There are multiple segments within eco feminism. The first being the idea that women have been likened to mother nature throughout history, leading some to believe women are more environmentally conscious than men. The second being that women are more likely to suffer in climate disasters, both the literal kind - forest fires and hurricanes etc, and the metaphorical kind - the repercussions of capitalist and patriarchal society.

Eco feminism argues muliple different things. One of the most famous eco feminists is Vandana Shiva, an Indian environmental activist and author. She fought for eco feminism to be recognised as a nessecary movement, propelling it forward with her insightful analysis of how female subservience correlates with climate change. Shiva writes on eco feminism through a post colonial lens, highlighting the fact western patriarchal and capitalist societies are the reason for the downfall of our global environment. She is an anti-globalisation author, reinforcing her view that imperialism is a key factor in the ecological decline of non western environments.

In addition to Shiva’s findings, eco-femism also shines light on environmental movements led by indigenous women: including the Chipko movement in India and the Green Belt movement in Kenya, both of which were led by women to conserve their local environments.

One of the more criticised arguments was posed by Greta Gaard. Whilst she is still a highly credible figure in the movement, she suggested the association of women and nature in terms such as ‘mother earth’ and ‘mother nature’ is what causes women to be overlooked in society. The link between women and nature has been said to reinforce the notion that women are the more compassionate gender responsible for protecting nature as a result of this. Critics argued that eco feminism promotes patriarchal values by suggesting women are more subdued, whilst men are oppressive figures with no aims to protect the environment.

Early ecofeminists, such as Susan Griffin, in her book Women and Nature (1984) expose the link between the oppression of women and nature as a result of patriarchy and capitalism. She argues dismantling these systems is the only way to overcome female oppression, therefore ecologists and feminists must unite in their cause.

WHY IS IT IMPORTANT?

Eco feminism pushes for inclusivity and intersectionality. As members of society continue to reject divisive politics, the values of eco feminism become increasingly aligned with liberal societal views. If feminism is not intersectional, it is not feminism. We need to continue to hold ourselves accountable and question whether our environmental politics includes and values the experiences of all women, including women of colour impacted by climate change.

Those of us living in countries largely unaffected by climate change (for now) may not be aware of the stark difference in survival rates between men and women in natural disasters. Less women can drive and swim, causing their death rates to skyrocket above mens’ in the face of the climate crisis. This is a gender equality issue. We view women as less active and adventurous; therefore in many countries they are not encouraged to learn to drive or take up swimming and other sports that could increase their chance of survival. Changing how society thinks is not easy, but eco feminism urges us to try.

Susan Griffin’s argument in 1984 (George Orwell said it would be a dystopian era, he wasn’t wrong) still holds up today. Her conclusion that capitalism oppresses women is highlighted in the fast fashion industry. The consumerist demand for an obscene amount of new clothes allows fast fashion CEO’s to pay female garment workers pennies for their services. In addition, it is more often women of colour who face the unjust working conditions in sweat shops, further highlighting how eco feminism calls for equality for all.

HOW CAN WE HELP?

We wish we could say otherwise, but changing systems engrained in our society is a monumental process that takes time. Obviously, limiting our intake of fast fashion is a great way to destabilise systems that oppress women and worsen the climate. Those of us who can afford it should use our power as consumers to instruct fast fashion CEOs to pay their workers a fair wage and be aware they are actively contributing to a patriarchal and capitalist society.

Another effective way to help dissolve the damage of female oppression is to educate ourselves and those around us - something as small as sharing this article with a friend who might find it interesting could be the beginning of the larger conversation that needs to take place. Consider how eco feminism impacts the decisions you make in your life. If you are an events planner, are you factoring in marginalised women and ensuring they are represented? If you’re a journalist, are you seeking to give voice to those who have been silenced? We need to hold ourselves accountable and make direct changes to how we live our lives to slowly undo the damage of patriarchal and capitalist systems. Only then, we’ll reprogramme our collective mindset and successfully shift towards a sustainable way of living.