Shower Thoughts II: I'm so tired of my friends talking about shopping 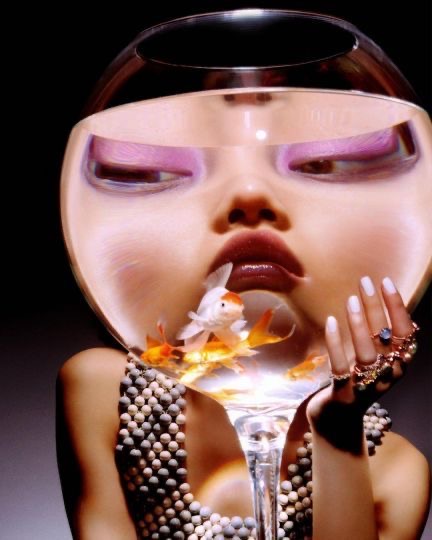 If we’re being literal, this is more of a post-shower thought, but let me walk you through my day, and give you the context in regards to how this thought ever even came to be. I woke up on this fine day absolutely panicking about whether I would be able to wrap up every outstanding task I have before it ends. That's the thing about long weekends- they’re wonderful and exciting, but at the cost of a shorter week, and so less time to get everything done before some well-deserved rest. With all of that in mind, I spent around an hour fumbling my trackpad in front of my screen, unsure of what to begin finishing first. Before the stress had the chance to manifest into a full-blown anxiety attack, I quickly closed my laptop and decided I deserve an hour at the gym. Maybe it’ll help.

Towards the second half of my session, while checking my phone between sets (oh the joy of actually having notifications to engage with, and not just mindlessly scrolling for 45 seconds at a time), my friend messaged me super excited about a gorgeous designer bag she was (at the time) just considering getting, as she had found it secondhand. Being the Whering ambassador I am, I quickly tuned in with “are you sure you actually want this bag? If you do, all the power to you though!” A few sets, and some questionable lunges later, the coveted “oops, I did it” notification came through. As I wrapped up my workout, masked behind my enthusiastic responses through the Slack app on my phone (does it count as a break if nobody knows you were ever gone?), I started heading home.

Now we get in the shower.

I’m still thinking about that bag. How nice, to say you’ve made your first high-end purchase just at 22. Was I jealous? Absolutely. Don’t get me wrong, this isn’t a my mum didn’t let me have Louboutins until I was 18 Bella Hadid sob story, and I wasn’t jealous of the bag itself either (though I will be borrowing it as soon as I can), but rather at the personal liberty everybody around me has when it comes to spending money. What a first world problem, I know.

We’re still in the shower.

So as I was thinking about that, I started going through my mental wish list of things which I’ve decided I want to get… eventually. An orange mini bag, potentially Jacquemus. Some heeled boots. A pinstripe blazer. A Vivienne Westwood ring. A pleated top and skirt set, etc. All things I’ve tucked away in saved folders here and there, waiting for the right moment, because I’ve always been the kind of person who will save money just in case. JUST IN CASE OF WHAT? I’m not sure myself, but I choose to blame my ultra-saving dad for passing on this trait. Basically, I’m extremely stingy, when it comes to spending for myself. For somebody else? My card knows no limits- well, some- my non-UK bank account hasn’t been introduced to overdraft just yet.

We’re still in the shower.

It got me thinking, what’s really stopping me from getting these things right now? You know what? I deserve it, why not! Yolo!!

By now we’ve shampooed our hair, we’ve exfoliated, shaved, done our 7-minute gua sha routine, and our other flatmate is gently reminding us gas prices are on the rise, and nobody should be taking 15 minute steaming-hot showers. He would be correct.

Needless to say, a few hours down the line, I’ve decided to abstain from spending something short of... a lot of money, on all of the things I’ve listed previously, which is what has led me to this article: I’m so f*cking tired of my friends talking about shopping.

And just to add a disclaimer, none of this is to bash or say that my friends are in the wrong for spending their money on themselves, or telling me about it– if they're happy, I’m happy! And hey, after all, I think what I’m really trying to say is that I’m the problem here. So maybe this should have really been titled: Why does other people shopping make me feel this way? I should sort it out.

What I’m really here to talk about is the way shopping and purchasing has turned into a mindless social activity. Because more times than I can count, I’ve seen people on the bus, in a cafe, on a walk, in a lecture (the list goes on, and if you didn’t catch it already, I love people watching), scrolling through shopping apps on their phones. Never really looking for anything in particular, but just waiting for something to catch their attention. And with thousands of items on each online store, it inevitably will. I’m guilty too, and it’s usually followed by a pause, a turn of the head towards whoever I’m with– or a screenshot sent to a group chat– accompanied by:

And unless it’s the most hideous item on the face of the earth, the answer will, in most cases, be an enthusiastic yes! All the same goes for “shopping dates” where more often than not we end up buying something, anything, because hey, we went shopping– that’s the whole point. Even if we’re not really looking for something.

I mean isn’t that what online hauls essentially are- we used to show our friends and our parents what we bought, and we’re now extending the same gesture to a massive online community. So it’s really not too difficult to put 2 and 2 together– if Tiktok hauls intrinsically make you feel like shopping, then the constant mention of buying new things can in the same way justify the purchase of new things for the wrong reason. Maybe I won't feel drawn to buying the exact same thing, but it makes me want to shop nonetheless.

But why Nona? I feel like that governs some self reflection on YOUR end, you might say. You’re right. It definitely does. But we’ve also somewhat come full circle, because you quickly come to the realisation, which we’ve touched on before, that we’ve been conditioned to believe that having something new somehow increases your value as a person. Or it’s just an easy serotonin fix. That you are largely measured based on your material possessions, versus your person. So don’t shoot the messenger for simply finding it hard to unlearn a whole lot of things I’ve been conditioned to internalise.

I guess, at least, I didn’t end up buying anything.